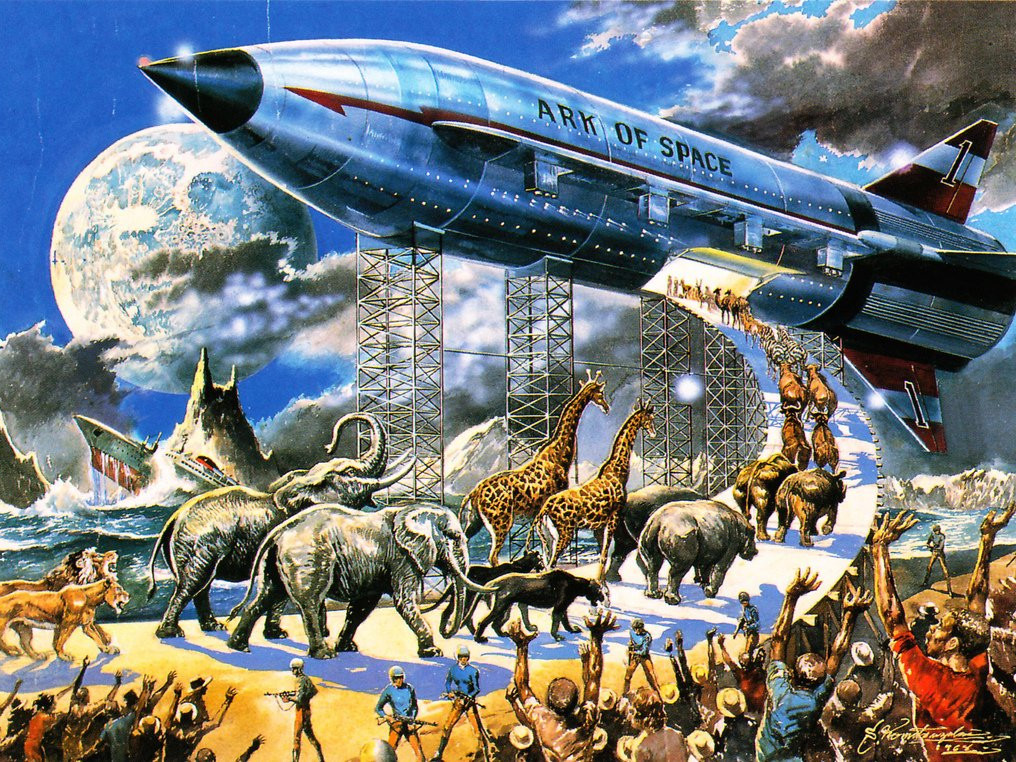 This day I call the heavens and the earth as witnesses against you that I have set before you life and death, blessings and curses. Now choose life, so that you and your children may live… (Deuteronomy 30:19 NIV)

And will not God bring about justice for his chosen ones, who cry out to him day and night? Will he keep putting them off? I tell you, he will see that they get justice, and quickly. However, when the Son of Man comes, will he find faith on the earth? (Luke 18:7-8 NIV)

The future, what will it be like? As long as humankind lives, people have been trying to uncover the mysteries of the future, to spy and eavesdrop on what awaits them there… There is a great number of different human predictions, fortune-telling, legends of the events to come… Some are coming true, others are not because they are based on deception and delusion…

In contrast, for Christians the main prophecies remain the Gospel, everything that Christ said about the end of the age, about the diminishing of faith, about the fiery destruction of the world. These prophecies, which, frankly speaking, are not cheerful, represent the promise of terrible retributions to humankind for its sinful and meaningless life on earth. However, the question is if these prophecies are something programmed and inevitable? Can a person and/or humankind change their fate? Can people do something that would leave the prophecy unfulfilled?

Modern official “Christianity” together with popular belief convinces itself and others of the inevitability of the foretold, calling this process apostasy, the mystery of lawlessness. At the same time, certain behavioural stereotypes are proposed to Christians based on the premise that allegedly “apostasy is tolerated by God”, therefore Christians allegedly cannot do anything about this and should simply withdraw and observe what is happening…

For example, in official Orthodoxy the following words of bishop Ignatius Brianchaninov are in widespread use:

Beware desiring to save your neighbour, so that he does not drag you into a great chasm of the destruction. This happens hourly. The apostasy was tolerated by God: do not try to stop him with your weak hand… Withdraw, protect yourself from it: and this is enough for you…

However, if you look at the Gospel, you will see that Christ never said anything similar to “withdraw”, “hide”, and “keep a low profile”. All these ideas promoted by bishop Ignatius and his like-minded fellows are nothing more than their own idle fiction, possibly arising from their world view and their own negative life experience, which they could not compare with the biblical revelation for a number of psychological reasons.

Conversely, if we look at Bible prophecies from the point of view of Intelligent Positive Christianity, we will see a different picture. The history of humankind knows many cases when the retribution promised by God would not come true due to repentance - metanoia - a change of the mind and life of the people whom were promised the coming punishment. The most perfect example is the image of the repentant inhabitants of Nineveh. Moreover, the Creator appealed to the prophet who regretted the unfulfilled prophecy by growing a leafy plant near Jonah's shelter overnight and making it wither the next day. For when the prophet regretted the withered plant, God said to him that if God should not have concern for the inhabitants of Nineveh (Jonah, chapter 4). From the same story we see that the Creator did everything to warn the inhabitants of Nineveh about the coming calamity, giving them the opportunity to change.

Another bright illustration of this is Sodom. The Creator was ready to spare the whole place for the sake of ten righteous people.

Nevertheless, some people, who believe they know the biblical history and church traditions, claim that the apostasy of humankind from Christ and its destruction was supposedly conceived/programmed by Christ Himself! And that is why Christians are not meant to interfere with such destruction!

But looking at the history of Nineveh and Sodom, we can safely claim that the “barrier” to their destruction was repentance and/or the presence of at least few righteous people there. Consequently, only true Christians themselves can prevent the destruction of the World, but who are advised by foolish “theologians” to hide in burrows and not try to “save your neighbour”. (Who is “neighbour” is well known from the parable of the Good Samaritan - Luke 10:25-37). In other words, in the opinion of such pathetic theologians, Christians should simply physically die out, leaving no successors behind them, and that is when the supposedly “God's plan” will come true!

However, neither in the Gospel, nor in the entire Bible there is a single word or hint of such “an apostasy plan” of the Creator. On the contrary, in the words of Christ we see a statement of the fact that God will protect Christians and give them help and defence, but on the condition that there will be someone to protect! How can faith disappear or diminish? How can that become scarce whose protector and helper is the Creator himself? It's absolutely impossible. Unless Christians themselves voluntarily refuse God's help and at the same time the commission given to them by Christ! Unless they give up the mission to be the salt and yeast for all creation, the mission to bring light and transformation to the world!

Thus, it is obvious that if Christians repent and transform themselves and the Earth, then what will be the point in destroying it?

The Creator left the fate of people to their free choice… Much depends on Christians themselves. What is more, the Creator did everything to convey this idea to His followers.

This is evident from the words of Christ. Since the first part of His prophecy is affirmative and the second part is interrogative. In the second part, Christ seems to be asking a question: “However, when the Son of Man comes, will he find faith on the earth?”. But faith does not exist on its own. Faith does not live outside of human society as madmen believe. Faith is not a bodiless phantom. Faith materializes in people, faith bears tangible fruits. It is about these people, who are the bearers of the faith, Christ asks.

This is not a usual moment for biblical stories. The God Himself, Who laid the foundation of the Earth, Who determined its measures, Who laid its cornerstone, Who shows the dawn its place, Who cuts a channel for the torrents of rain (Job, chapter 38), Who knows the way of an eagle in the sky and the way of a snake on a rock (Proverbs 30:19), suddenly question: “However, when the Son of Man comes, will he find faith on the earth?”. It is Christ Who is asking, Who previously stated that He would build His church and the powers of hell would not overcome it, that help from above would surely come (Matthew 16:18). God is puzzled by the question if there will be those who need help?

The answer to this question is quite within the limits of human choice, the choice of Christians themselves. Either to become those whom they are commanded to be by Christ. Or to hide from the world turning into spiritual and physical impotents and die out like dinosaurs, having left a legacy of insane miserable people believing in strange, stupid, unreal fairy tales. These fairy tales have nothing to do with reality, and therefore they make believers who are afraid of this reality and flee from it.

These hiding Christians will turn into people whom anyone can mistreat or order with impunity. Thus, those who are commanded to be the head of everything will voluntarily choose the fate of “the tail”. And then what will people think of the Teacher of such “disciples”? Will not such “Christians” hear in their address the words of the Apostle that it is due to their insanity that “God’s name is blasphemed among the Gentiles because of you” (Romans 2:24).

Consequently, it is evident that there is no definitive God's determination of tomorrow! The Creator left the image of coming, what it will be for humans, to the choice of humankind itself. That is why the prophecies about the future fates of the world seem to split into two opposites: the apocalyptic scenario and the prophecy of the Millennial Kingdom… Therefore, if we believe in the omnipotence of Christ then we must understand that the image of coming depends only on Christians!

If Christians, instead of fulfilling the will of the One who authorized them to transform the world including, but not limited to economically, politically, technologically and ecologically , withdraw themselves from their direct duties and die out without leaving behind a virtuous/noble offspring, the Apocalypse will come, and then we will see the Creator in the form of a severe unforgiving Judge, Coming to judge the world, including all hiding, fearful and therefore faithless Christians (Revelations 21:8)…

If in contrast Christians realize their responsibility for the fate of the world and humankind, find the will, reason, strength and courage to follow their heavenly calling, then they will immediately gain their former strength, greatness and help from above. And then we will have the Millennial Kingdom of godliness and justice. We will see the Creator coming into the world as the Just, Merciful, and Wise Ruler!

We, Christians, again stand at a crossroads of the universe.

Which way to go - the choice is ours!

Since the earliest times we hear the words addressed to believers:

This day I call the heavens and the earth as witnesses against you that I have set before you life and death, blessings and curses. Now choose life, so that you and your children may live and that you may love the Lord your God, listen to his voice, and hold fast to him.