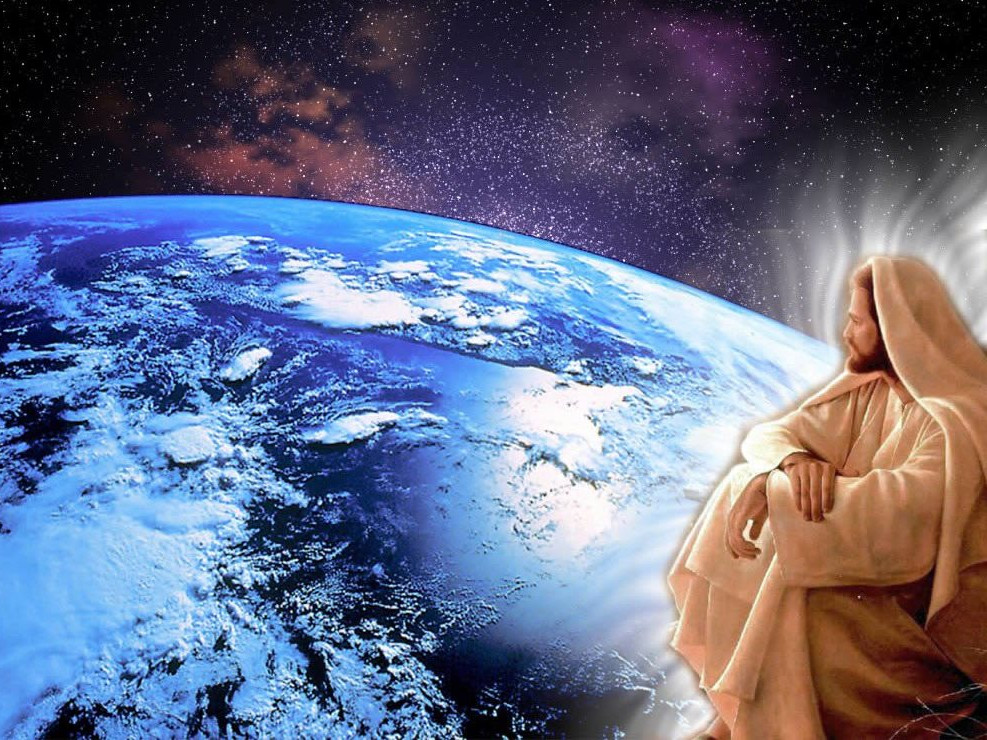 You are the salt of the earth. But if the salt loses its saltiness, how can it be made salty again? It is no longer good for anything, except to be thrown out and trampled underfoot. You are the light of the world. A town built on a hill cannot be hidden. Neither do people light a lamp and put it under a bowl. Instead they put it on its stand, and it gives light to everyone in the house. In the same way, let your light shine before others, that they may see your good deeds and glorify your Father in heaven. (Matthew 5:13-16 NIV)

A lot of people looking at the title will wonder. What does it mean? What is “intelligent Christianity” and why is it also “positive”?

Many Orthodox Christians will ask, “Why does a Christian need intelligence if God's kingdom ‘is not of this world’”?

This erroneous view has prevailed in most modern Christian denominations over the last hundred years. That is, that to be a follower of Christ means exclusively to fight the sin in their private life and to get as far away as possible from the “temptations of the world” (from the technologies such as the Internet, earthly joys of life, politics, operating in seats of authority in education, medicine, science, success in financial and business endeavors). Many quote the words of the apostle, which they misinterpret, that “friendship with the world means enmity against God”.

“Believing” in this way, modern Christians increasingly strive to isolate themselves from the world and worldly problems. Some try to hide like a snail in their self-made shell, built from their ridiculous speculations and notions, while others are disappointed in such a fleshless and fruitless “Christianity”, seeing its material and spiritual impotence.

As a result, we have seen many formerly Christian countries and peoples cease to be Christian. Christianity with biblical morality and law, which laid the foundation of European states in the past, has been emasculated/replaced by atheistic and communist godless ideals over the last centuries. Having lost its material tangibility, like salt that has lost its flavor, Christianity is becoming all over the world a kind of exotic bodiless phantom, and Christians are becoming the Christian minority and an endangered species of humankind.

What lies at the root of this disastrous state of the modern Christian world is the rejection by Christians themselves of their Mind. They substitute God's true concepts with a crazy heresy, wherein intelligence is opposed and substituted by some “fleshless faith”, court/justice – by reckless/mindless forgiveness, etc.

We should ask ourselves the following two questions to conclude that such an approach to life among many modern Christians is heresy, which has no foundation in the gospel:

If we answer the first question honestly, we will see that the Creator has many Names, each of which displays one of His attributes and manifestations in the visible world.

As we can see, the Ruler of the Universe has many qualities and attributes that on the surface may look diametrically opposed. However, the Creator does not represent just one of those qualities. For example, it is impossible to say that God is only merciful or is only just… The Maker is Multifaceted and uses His attributes individually or together Mindfully, depending on which of the Divine Attributes is required to be applied at the moment.

In this context, let's look at modern Christianity and its manifestations in the World. Do the life attitudes and beliefs of modern official Christian denominations correspond to the Divine qualities and manifestations of the Creator?

Is it possible to say, looking at the members of these official churches that these people carry the image and likeness of all the Divine qualities in their entirety, consolidated by Intelligence, that is, by a clear understanding of a proper time and place of the application of these qualities?

And if you do not deceive yourself, the answer is no. Modern official “Christianity” has selected some Divine attributes, having rejected the others, and for this reason, voluntarily ceased to be true Christianity.

In particular, modern official “Christianity” is limited exclusively to “helping the needy”, moreover by reckless help (irrespective of the reasons that made them such), in addition to some moralizing and ministry to the ideals of atheistic state (atheistic state patriotism).

So, can such a pathetic reduction of the Divine image in a human being be called Christianity? No, it cannot.

And here comes the realization that since the Creator is the Supreme Intelligence, where intelligence is understood as abilities, possession, and competence to correctly apply all the higher Divine qualities in their cohesiveness and interconnectedness (their mutual combinations/insertions). Therefore, true Christianity simply cannot be anything other than Intelligent Christianity.

This website has been created to communicate this Truth.

Now a few words about why Intelligent Christianity is also Positive.

By its ultimate task to carry the Light of its Great Founder to the entire World, true Christianity can be neither impotent/fruitless, nor mindless, nor cowardly…

True Christianity can only be Intelligent and Positive, powerful, courageous, wise, and skilful (possessing all the other qualities of His Founder), bringing many tangible evangelical fruits to glorify our Father in heaven as it is commanded by the Sender Himself.

Welcome to the wonderful and just World of the Future – the World of Intelligent Positive Christianity!